We would like to offer our sincere support to anyone coping with grief. Enter your email below for our complimentary daily grief messages. Messages run for up to one year and you can stop at any time. Your email will not be used for any other purpose.

Share a memory
Obituary & Services
Tribute Wall
Read more about the life story of Daniel and share your memory.

It is with profound sadness that we announce the passing of Daniel George OSullivan , fondly known as Danny or Bompa on May 29, 2022  in his home in Ashcroft

Danny was born at Trail, B.C.on August 23,1933 to Thomas Daniel and Alice Ann OSullivan.  He is predeceased by his parents and his sister Kathleen Gerein.

Surviving Daniel is his wife of 62 years Bonnie , his sons  Daniel OSullivan  and wife Christine Todhunter,of Ashcroft and Jeffrey OSullivan and wife Dolly of Likely.

Danny enjoyed many happy times at the family cabin at Schringa Creek where he developed a love of fishing and the outdoors.  In Trail his Uncle George and Aunty Ella would invite him fishing and Danny’s parents would give him coin to ride the bus.  Danny would pocket the coin and walk back and forth to go fishing.  This could have been the beginning of his ability to save those coins.  Danny’s parents moved to the coast where they owned several grocery stores and gas stations.  The next move took them to Princeton and Danny graduated high school there.  He loved his hockey and his mother would take him for practice when he was very young in Trail and every town in between.  He was offered a hockey  scholarship in  Colorado  but opted to not move that far away.

Danny’s great grandfather was the first veterinarian for the North West Mounted Police.  Danny applied to RCMP after graduating but did not the meet the then required height requirement of 5’8”.

From Princeton Danny and his parents moved to Cache Creek in 1955 to take over the bustling  Esso Service station.  On St. Patrick’s day 1959 Danny took his future bride, Bonnie Brill  on a date.  They had the first  wedding at St, Gerard’s Church , Ashcroft June 11, 1960.

Danny was then hired by the B.C. Wildlife department and worked summers at Loon Lake Trout Hatchery and at the  Cache Creek game check station.

In 1962 he was transferred to Nelson Fish Hatchery and they moved there with there baby son Daniel.  Jeff was born in Nelson in 1964.  The Kootenay fish hatchery opened at Wardner BC and he transferred there.  In 1965 an opening was available at the Summerland Trout hatchery.  He loved his profession and loved going to work every day of his 29 year career.  In 1988 he retired and worked 10 years for the Summerland Golf and Country  Club.  He taught his sons the great love and respect for the outdoors and they spent wonderful times together camping, hunting, fishing getting firewood and having the required wiener roast.  Special family times were at the Pennask cabin that they returned to time after time.  Some of his most favourite times were when he could accompany his sons on any kind of outing that involved the outdoors.  Danny and Bonnie loved going out exploring in one of many rv’s ( usually the smallest or oldest unit in the group) during the years by themselves or with friends.

The arrival of his grandchildren heralded a love that was profound. He was a proud, involved and dedicated Bompa to them all and they returned their love ten fold.

Later,  he purchased a cabin on Bouleau Lake where family gathered for many years

Danny enjoyed curling and golf.   He developed many life long friends during his lifetime and made many new friends along the way. He enjoyed his time at Fairway Five and SilverBirch in Summerland when they decided to downsize

Danny enjoyed the art of winemaking for many years. He tied his own flies and was a handyman who could do any task or challenge presented to him.

Danny wasn’t sure  he wanted to travel but after encouragement he loved seeing many parts of the world as well as  yearly winters to Arizona and then 14 years each winter to Mexico where he was blessed to share with his sons, their wives and nieces and sister in law.

Great grandchildren arrived and brought more joy and pride.  A move back  to Ashcroft in  2019 brought him full circle  and closer to family.  He was so thrilled to learn of his granddaughter Riley’s engagement to Laine and really wanted to dance at her wedding as well the excitement of the  upcoming birth of Alex and Shelby’s  baby expected in October.

In lieu of flowers donations may be made to the Canadian Cancer Society of the charity of your choice.

To send flowers to the family or plant a tree in memory of Daniel George "Danny", "Bompa" OSullivan, please visit our floral store. 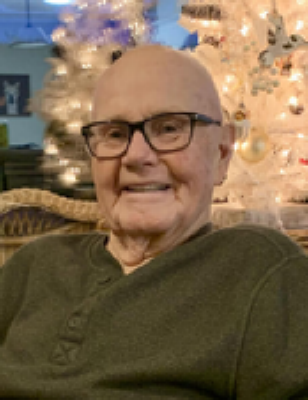 Look inside to read what others
have shared
Family and friends are coming together online to create a special keepsake. Every memory left on the online obituary will be automatically included in the book.

Look inside to read what others have shared

Family and friends are coming together online to create a special keepsake. Every memory left on the online obituary will be automatically included in the book.

You can still show your support by sending flowers directly to the family, or by planting a memorial tree in the memory of Daniel George "Danny", "Bompa" OSullivan
SHARE OBITUARY
© 2023 Thompson Valley Funeral Home Ltd.. All Rights Reserved. Funeral Home website by CFS & TA | Terms of Use | Privacy Policy | Accessibility